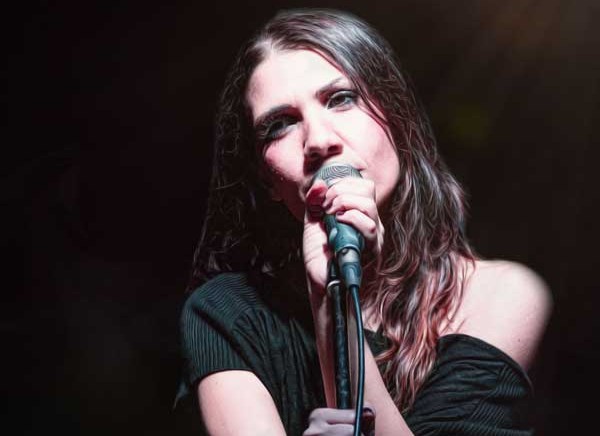 …When I sing, I also try to tell stories to the people…

Son`Kult!: When and why did you start singing?

Ilenia: I started singing professionally at the age of 18, but in reality I always wanted to sing. I am the daughter of a musician (singer and drummer of a famous sardinian band), so music has always been in my DNA. When I was a teenager, I was very shy and it passed long time to decide to let me go completely to the passion burning inside me! I just started directly on stage with my father’s band: I’ve been part of Bertas for so many years, and it’s been a great school for me! Meantime, I began to know so many musicians, and I found that I was attracted by many musical styes. So I always played in a lot of different band.

Son`Kult!: How often and for how long do you practice?

Ilenia: I started to study the techniques of singing at 16. Althrough still very young, I sacrificed a lot of my free time (and also the one dedicated to school!) practicing in breathing exercises and vocalizing. In these years, I attended many master classes and 2-d private lessons with many singers, especially jazz singers. I still study my voice, and this means for me three hours a day of exercises.

Son`Kult!: Which famous musicians do you admire? Why?

Ilenia: I admire artists who leave a mark, those that create a current and leave footprints in history. Artists who translate life into music, not worrying about the current trend but following one’s true voice: these transmite me “truth”. I am fascinated by the fact that these giants get naked to show their humanity giving to this genial clothes.

Son`Kult!: Who are your favorite musicians? Groups? CD’s?

Ilenia: It’s very difficult for me to say who are my favourite artists: I have many reference points. My first myths were The Beatles, Nirvana, Metallica: they marked my Youth. But there were songs that I always listened when I was a child, but I really didn’t know what style it was. Then, I discovered that it was SOUL: the voices of Otis Redding, Aretha Franklin, Ray Charles, Wilson Pickett, Sam Cooke, Etta James, Same & Dave, Solomon Burke, Percy Sledge…. they kidnapped my soul, and they continue to give me so much. I feel them as my roots.

But I am one who love contaminations: I think the afro-american music is my ideal laboratory. If I were to quote one of my favourite albums ever, I would say “Mingus” by Joni Mitchell.

Son`Kult!: Do you get nervous before a performance or a competition and if yes, how do you deal with it?

Ilenia: Generally, I’m not nervous before a concert, but, instead, adrenaline and happy: I Always feel like it’s the first day, and I love to share the stage with musicians that I know, but also with new ones. I don’t live music as a competition. I’ve never been a “first lady”, rather, I feel like a football player in a team.

For me, to make music it means “give yourself”. But also share it! And the musicians which I play with, they became the best friends who I tell my secrets! And when I sing, I also try to tell stories to the people. This is my attitude, and in this spirit I’m working on my first album …. but this is another story….!

Son`Kult!: Many thanks for this!